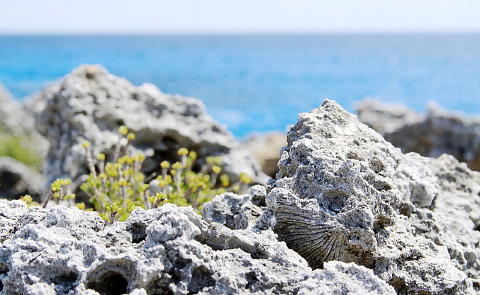 A View From Our Mountains – Cayman’s Geologic History

We live at sea level and yet on the tops of mountains. The Cayman Islands are the highest peaks of an underwater mountain range extending from southeastern Cuba to Belize. The Islands were formed when tectonic plates forced rock upward, breaking the surface of the ocean. The Cayman Ridge is the result of interaction between the North American and Caribbean tectonic plates over millions of years and lies to the north of the Cayman Trough. This trench is approximately 150 miles wide, reaches depths in excess of 3 miles, and contains the deepest hydrothermal vents in the world. Today this zone is an active fault line, where the southern margin of the North American Plate slides to the west along the northern margin of the Caribbean Plate. In the Eastern Caribbean, the plates are crashing together and creating volcanic activity. In contrast, in our region the plates are described as strike-slips because they slide past each other, similar to the famous San Andreas fault in California.

Geologic research of our islands has revealed a granodiorite (granite-like) base under a cap of basalt. This base is usually found deep within the earth and is only exposed where uplifts, such as the one which formed our islands, have occurred. The surface geologic layer is composed mostly of carbonates which were formed by living organisms such as corals, algae, and shells, and were laid down during sea level changes over the past 30 million years. Ironshore and the rocky spires of Hell are ancient coral reefs that have been exposed due to uplift and sea level changes. If you look carefully, fossils of coral can easily be seen in the rocks, indicating that some of the same species that we see offshore today were present in our waters thousands of years ago. 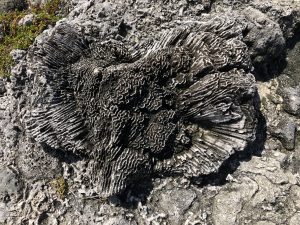 In Grand Cayman’s East End and the Bluff on Cayman Brac, lie beautiful mineral deposits called Caymanite. These rock strata are known by their layers of earthy colours created by the different metallic contents of each strata. The hardness of Caymanite challenges any who works on it, but when cut and polished, the stone has radiant hues and is popular in local jewelry. 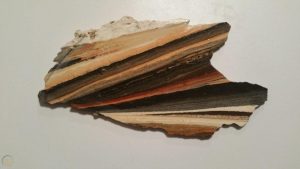 The Cayman Islands is one of the most interesting geologic landscapes on Earth. The interaction between the North American and Caribbean tectonic plates has created an area that draws researchers from around the world to study our unique and beautiful geology.