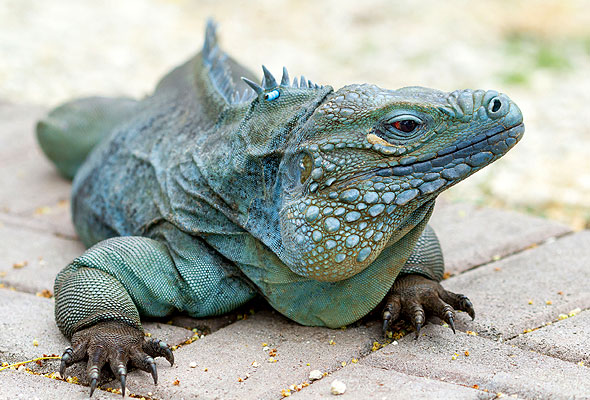 Earlier this year, the Blue Iguana Recovery Programme on Grand Cayman in the Caribbean made international headlines for all the wrong reasons.

On the morning of Sunday May 4, volunteer keepers at the fenced-in facility, which is on the site of the Queen Elizabeth II Botanic Park, found that four of the adult giant blue lizards had been butchered, two others had been left for dead and another was missing.

At least two of the dead females had been preparing to lay precious eggs. The seven animals represented one-third of the adult breeding iguanas cared for at the captive facility.

The critically endangered creatures – which resemble miniature turquoise dragons, can grow up to 6ft long and, in the wild, are believed to live for more than 60 years – are unique to Grand Cayman.