There are nine species of bats in the Cayman Islands, each specialising in a different type of food and unique role in the ecosystem. 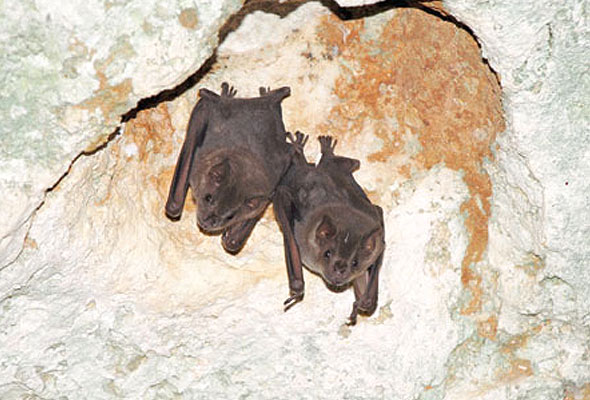 Unfortunately, misinformation, fears and phobias still abound about bats; they are often considered as pests, vermin and a health hazard. Bats are not aggressive and will not harm human or pets in any way. They carry no diseases; in fact, bats are extremely clean and spend hours grooming. They are also not blind.

Bats are mammals and the only mammal that can truly fly. Although some have little, mousy tails and most are small and brown, they are more closely related to monkeys than mice.

Bats in the Cayman Islands are thought to have evolved 60 million years ago, however, the oldest fossil found in the Cayman Islands to-date is 14,000 years old. Only two of our bat species eat cultivated fruit; Fruit Bats also eat pollen, nectar and insects found on or around fruit trees. They also eat overripe fruits missed by pickers and wild fruits that would otherwise rot and provide breeding grounds for fungi, fruit flies and other pests. One of these species, the Brown Bat, is present in two separate subspecies. Based upon its smaller size and darker coloured fur, the Grand Cayman Brown Bat is an endemic subspecies.

Bats are extremely vulnerable to extinction because they bear only one pup (baby) each year and because they often live in large colonies that can easily be wiped out by one misguided or uninformed act. Pups are slow to mature and demand much maternal care and attention. 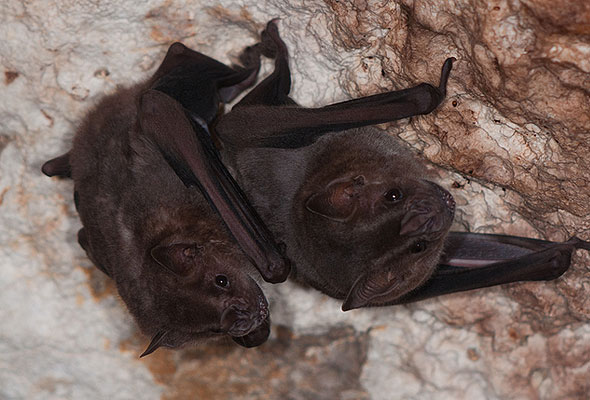 As our only native mammal, bats are of vital importance to a balanced ecology in the Cayman Islands. They are considered a “keystone species” because plants that are dependent upon bats are vital to the survival of birds and other animals.

Bats perform many crucial functions such as controlling night-flying insects, including many kinds of crop pests, mosquitoes, beetles, grasshoppers, katydids, cockroaches, and moths. A single insect-eating bat can consume up to 2,000 insects in a single night.

They also play crucial roles in seed disbursal and pollinate hundreds of plants such as agave, silk cotton, naseberry, vine pear, neem, cactus and calabash. In addition, bats disperse seeds throughout the islands, helping to keep our forests healthy and diverse. In some places where Fruit Bat populations have been eliminated, fruit losses increased, sometimes to the point where the farming of soft-skinned fruits had to be abandoned.

Guano can also be collected from under bat houses and used as fertiliser; it is highly-prized by savvy gardeners.

Bats can live up to 30 years, which is an incredibly long lifespan for such a small mammal – similarly sized mammals like mice and hamsters live only two or three years; this is leading to a deeper study into bats to learn more about their longevity. Bats are also proving useful to science in the study of fertility, heart disease, the development of low-temperature surgical procedures, a sonar system for the blind, alternative energy sources and toxic waste cleanup chemicals. 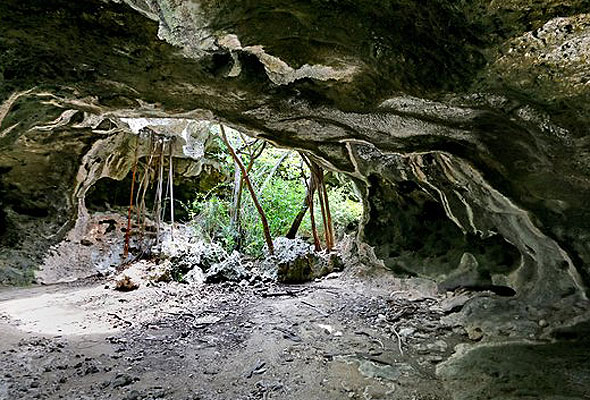 Where Do Bats Live?

Caves provide crucial habitats for bats; this is one reason they are frequently seen in Cayman Brac, where the cave systems are plentiful.

Entering caves inhabited by bats during the spring and early summer months when newborn pups are present can cause the mother bats to abandon the roost, and young flightless bats may die as a result. Persons exploring caves who come upon a colony of bats should remain calm and quiet and never shine flashlights or camera lights on sleeping bats.

The land in Grand Cayman and Little Cayman is significantly flatter than Cayman Brac, which often leads to the discovery of bats in roofs, who are seeking shelter and find an opening in the siding of homes. 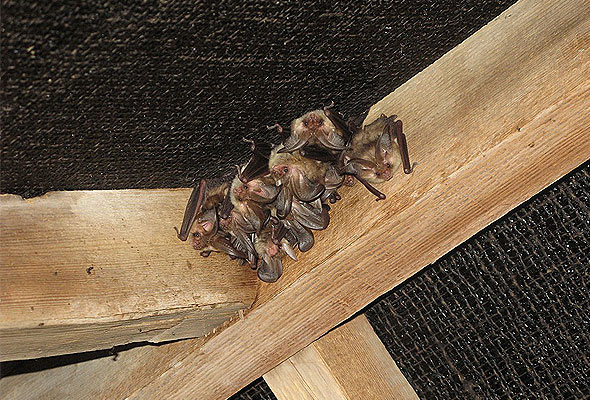 If You Have Bats in Your Roof…

One of the most common species of bats in the Cayman Islands, the Velvety Free-tailed Bat, is often found in roofs. Unfortunately, their presence in roofs can become problematic as droppings can eventually cause odours, however, it’s important to note that they will not chew wood or wires or damage the building and they will never invade human food stores.

Our Bat Conservation Programme has been in operation since 1994 and aims to conserve the population of Cayman’s native bat species and subspecies by educating farmers on how to protect their fruit from bats and working with homeowners to ensure bats found in roofs are rehomed in a nearby bat house.

It is illegal to remove or disturb bats between the breeding season – June 1 through November 15 – when baby bats would be separated from their mothers and left to die. Doing so could incur a hefty fine and possible imprisonment.

Bat houses are designed for insect-eating bats species; Fruit Bats are too large to use bat houses. The Cayman Islands is one of only two countries in the world to attract Velvety Free-tailed Bats to bat houses and our programme is proving highly successful; it has become a model for the rest of the Caribbean.

These bat houses provide an alternative habitat and help to keep bats from returning to the roof they’ve been excluded from.

If you suspect you have bats in your roof, please contact tours@nationaltrust.org.ky to schedule a site inspection and to discuss next steps.