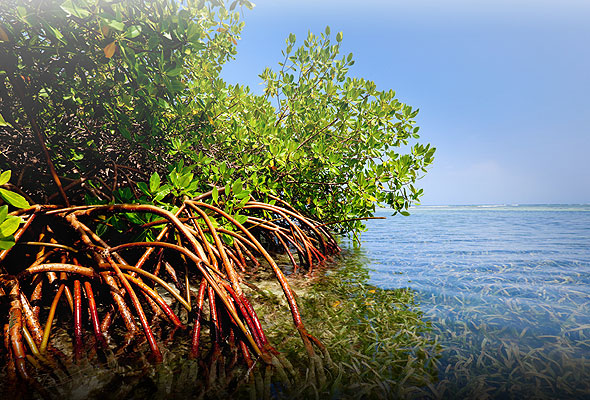 Terry gets her groove back

A reawakened passion for paint has led Teresa Grimes to her first solo show opening in Cayman on the 14th of this month. Business Editor Lindsey Turnbull went to chat with the artist to find out what inspired her to produce her show “Mangroves and Moods’ at Calypso Grill.

Having acquired a degree in classical archaeology and attended art restoration classes post-graduation in Italy, Terry Grimes was inspired to create artistic pieces for herself and thus began a lifelong passion for painting. A busy creative period then ensued before Terry moved to Grand Cayman in 1986 with her husband James Mason, where she eventually opened ‘Mango Mames’ in Coconut Plaza, a treasure trove of artistic work which included paintings, jewellery and knick-knacks.

“It was a great outlet for oil paintings, an area of art not particularly well catered to at that time when watercolours really ruled,” she says. “Oils were my favourite medium and I was avidly painting with them.”