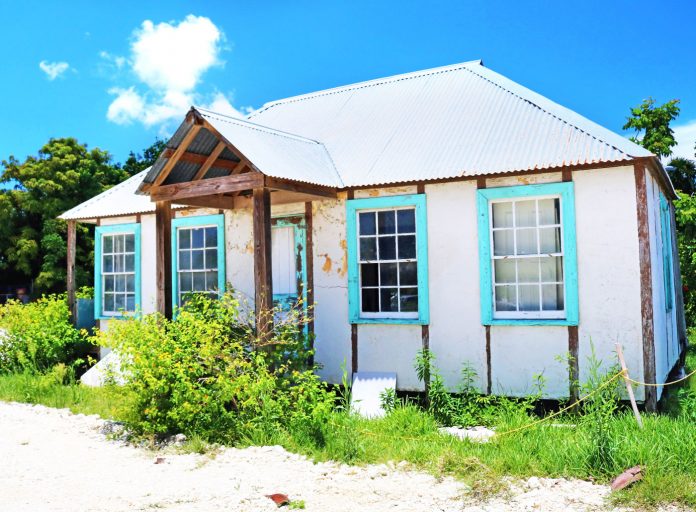 The Ministry of Culture’s relocation of a centuries old traditional, Caymanian style cottage from George Town to the National Trust’s Mission House property in Bodden Town took place on Sunday 05th January 2020, after months of planning.

Built in the 1800s, The dwelling is named after a former owner and thought to have been constructed by his grandfather. Quaintly known in the community as the Clayton Nixon House, the home was located on Goring Avenue, across the street from the Citrus Grove Building in George Town, where it stood for nearly 150 years, not only as a reminder of the past but also as a testament to the soundness of craftsmanship and ingenuity of the Caymanian people.

The relocation was carried out by Miguel Brown of Green Iguana Construction Company and involved the house being fortified with plywood prior to hoisting it onto a low boy to be transported.  Caribbean Utilities Company (CUC) and the Royal Cayman Islands Police (RCIPS) were also crucial in the journey being made possible; clearing lines and low hanging trees and ensuring the flow of traffic. Crowds of onlookers marveled and gathered to watch the historical building passing through the Districts to its final resting place. 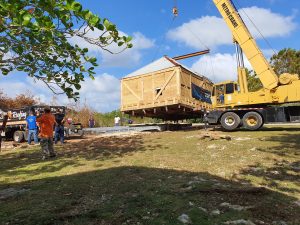 “The structure is one of the only remaining examples of an early home and was possibly built and owned by a slave family. It is also a fine example of traditional Caymanian construction techniques with walls that include wattle and daub as well as limestone,” explained Minister for Culture, Hon. Dwayne Seymour.  He also praised the efforts to relocate the historic home, which was in danger of being demolished due to the upcoming development of Citrus Grove II.

A press release from the Ministry of Culture stated:
“Because of the home’s important heritage, the Ministry put together a group of stakeholders that met throughout the last half of 2018. In addition it conducted research to verify the historical value of the property, developed a medium-term plan for the relocation, and finally sought and obtained approval from Cabinet.

Nancy Barnard expressed pleasure that the relocation had successfully taken place, “Buildings like the Clayton Nixon home offer an invaluable porthole into our past. The Ministry is committed to preserving all relics of historical importance for future generations. I am thrilled we have been able to carry out the relocation successfully and offer my sincere thanks to the numerous stakeholders who have collaborated with us to ensure the home is preserved.” 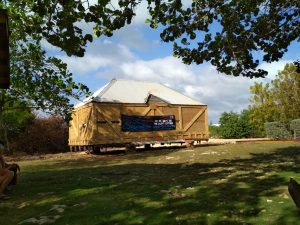 Noting that there is currently no legislation to protect Caymanian built heritage, Acting Chief Officer Nellie Pouchie said the Government is considering whether this can be addressed under the National Development Plan and the National Culture and Heritage Policy.

“The Cayman Islands has developed so quickly over the past several decades that we have lost some irreplaceable historical structures and others are still at risk today. Through the National Culture and Heritage Policy the Ministry hopes to ensure appropriate levels of protection for these historic buildings which are so important to preserving our Caymanian heritage”, Ms Pouchie added.

Minister Seymour thanked developers NCB Group for their support and patience with the relocation. “They had no hesitation in collaborating with this project. The built heritage of the Cayman Islands contributes to our understanding of ourselves and to our quality of life. We believe it is one of our country’s most important cultural assets” said the Hon Minister.

A step-well of historical value is also located on the Goring Avenue property, which the group hopes the developers will preserve on site.