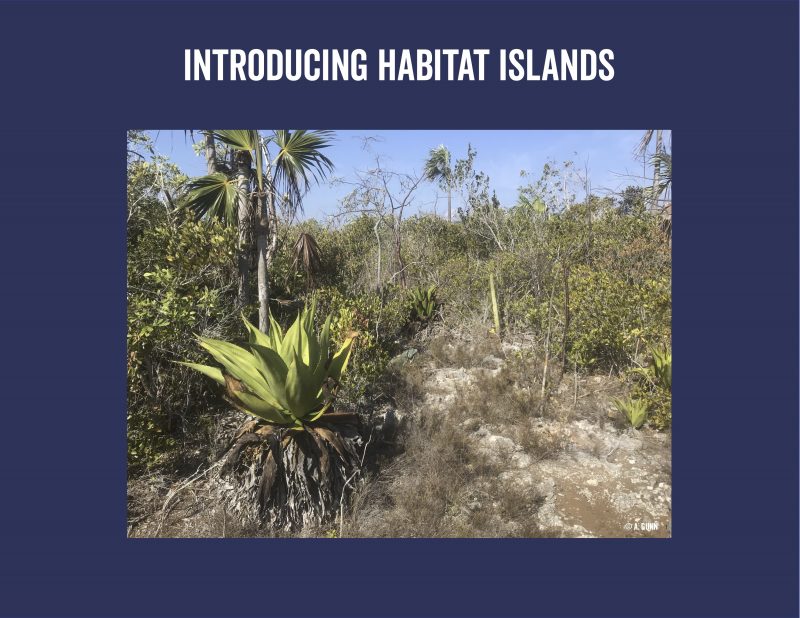 When you read the accounts written by the very first voyagers to visit the Cayman Islands, you get a powerful sense of the radiant abundance of nature, pre-dating human settlement. “Fleets” of sea turtles, Crocodiles on the beaches and Hutias loping around in the forests. A fossil specialist visiting in the 1980’s found remains of huge colonies of seabirds, hawks with ten-foot wingspans, freshwater crocodiles, and the skulls of a set of unique small mammals which, like our Hutias, are all gone forever.

Some of these creatures fell victim to climate change, others we killed off ourselves, but most were wiped out by the animals we brought with us – dogs, cats, and rats. Now when we walk in nature, in the QE II Botanic Park for example, we see but a fading shadow of the vitality of past times.

If we were to free the Botanic Park of these animals which so fundamentally do not belong, could this small piece of Cayman regain some of the magical abundance of pre-settlement times?

What if the parrots could fledge their clumsy young without so many falling fatal to hungry feral cats? Imagine if newly hatched Blue Iguanas could grow to maturity safely. As adults they would no longer be at risk to lethal disease carried by the invading Green Iguanas. They would no longer need to fear slaughtering rampages by roaming packs of dogs. The birds of the forests and wetlands would see their breeding success soar once again. Native plant life might rebound in ways that we can hardly anticipate, with their seeds again being dispersed by native birds and iguanas rather than being gnawed on by rats.

It wouldn’t take so much, to achieve all this, the Park is small enough that it could actually be done. The entry gate and parking areas would have to remain unprotected, but the vast majority of the rest of the Park could take a step back deep in time. This is Habitat Island.

What it will take to achieve Habitat Islands, is a specifically designed barrier around the Park that is impassable from the outside to dogs, cats, green iguanas of all ages, and ideally even to rats. On the inside, it will need to safely contain the Blue Iguanas and so once the barrier is up, the alien mammals will be systematically excluded. Wildlife cameras, tracking tunnels and other monitoring techniques will document the successful evacuation of these alien predators from the Park’s inner sanctuary.

This is when everything changes. Long captive Blue Iguanas can at last be free, in a safe and natural place. The dawn chorus of forest birds will rise once more. Visitors to the Park will feel some of the wonder felt by the early explorers who encountered such a rich diversity of natural life as they approached and first stepped ashore the Cayman Islands. And we will witness just how nature in the Park responds to the release of centuries of fierce ongoing pressure from the array of sharp-toothed aliens that we have so thoughtlessly unleashed on our fragile and once so verdant isles.