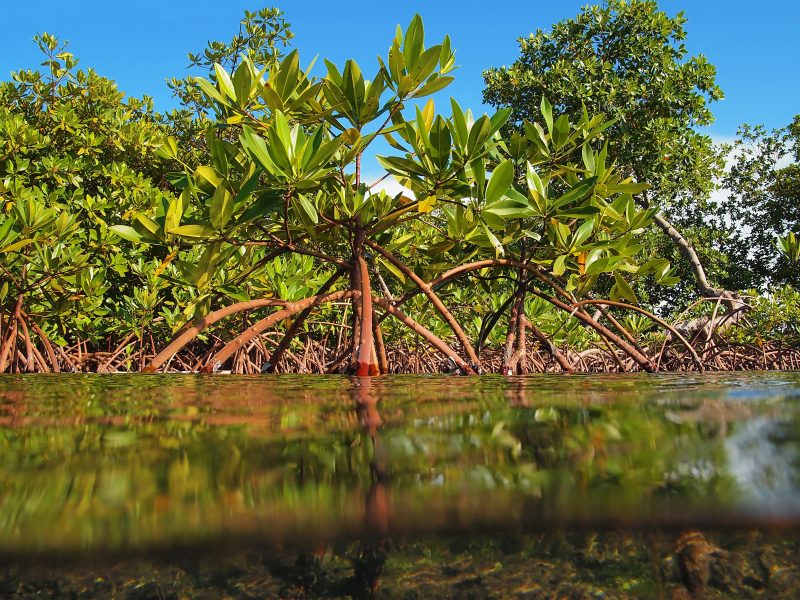 Why Protecting the Central Mangrove Wetland is Crucial

Mangroves can be found along coastlines throughout Grand Cayman, creating a natural barrier protecting our island during strong waves and hurricanes.  In particular, the Central Mangrove Wetland is the ecological heart of Grand Cayman.  Primarily, the Central Mangrove Wetland performs several physical and biological functions which are economically and culturally important to our island.  This significant ecosystem is 8,655 acres and is an incredibly important natural habitat which is rich in biodiversity.

The Central Mangrove Wetland is home to a variety of birds and wildlife including West Indian Whistling Ducks, Grand Cayman Parrots, Snowy Egrets and other native birds.  Mangroves also act as a nursery for crabs, smaller crustaceans, fish, and juvenile sharks.  Another unique feature is that they function as an important carbon sink, slowing climate change and acting as a vital life-support system for the planet. They have an enormous capacity to trap and store carbon dioxide and other greenhouse gases making them amongst the most carbon-rich tropical forests.

We cannot afford to lose our mangroves as they play an important role maintaining an intricate balance within our local environment.  Over the years, Grand Cayman has seen significant destruction of this critical ecosystem. The western side of Grand Cayman has already lost more than 70% of its mangroves and the deforestation is spreading rapidly eastward.  According to the Department of Environment (DoE), in 1976 the western end of Grand Cayman was comprised largely of wetlands with 5,330 acres of mangroves and sedge marshes being found from Prospect to West Bay. By 2013, that number had dropped 69% to around 1,633 acres largely due to poorly sited residential and commercial development.  In fact, development accounted for nearly half of the mangroves lost on a global scale over the last 100 years.  The removal of mangroves impacts the balance of ecosystems, resulting in the displacement of birds and wildlife, and can negatively impact local fisheries as juvenile fish no longer have a safe haven in which to grow up. 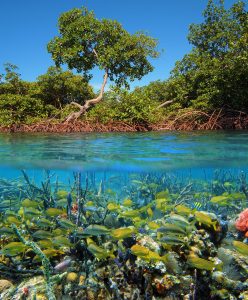 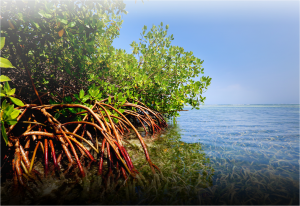 Whether you are walking or kayaking, pick up trash and remove plastic and debris entangled in the mangrove roots to keep the plants and their nurseries healthy.

Protection of the Central Mangrove Wetland is imperative.  It is important to note, that the entire living system of the North Sound is inextricably linked to the Central Mangroves and would collapse if the wetland were ever destroyed.  Please consider donating to the Land Reserve Fund (mangroves) so that the National Trust can protect this resource for future generations. Any amount goes a long way if we all pitch in!

It is important that developers practice responsible and sustainable development with regards to our local environment.  Speak out when you see development plans that call for deforestation or degradation of our unique ecosystems.

Take some time to educate yourself about mangroves.  Share your knowledge with friends and family.  Schools can contact education@nationaltrust.org.ky to learn more, arrange for a special guest speaker to discuss mangroves, or book a field trip to go out and see this wonderful ecosystem.