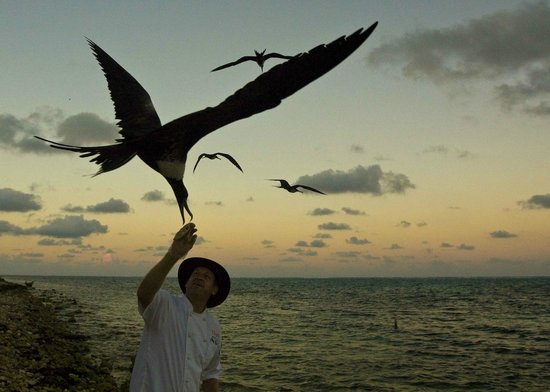 The Department of Environment (DOE) is on a quest to learn more about Cayman’s Frigatebird also known as the Man-O-War. Recently the team at the DOE, together with students from Liverpool University and Milan University, tagged 26 Frigatebirds at the Booby pond in Little Cayman with live tracks to research where they travel. Those tracks last up to 9 months. DOE Terrestrial Research Officer Jane Haakonsson said it will be collecting key data. “They are extremely good indicators of biodiversity hot spots as well as healthy oceans in general,” said Ms. Haakonsson.

Several British Overseas Territories have partnered with Cayman in this effort to study and help protect the birds once they leave Little Cayman’s Booby pond. “This particular study, we are collaborating with Anguilla and the BVI that also have colonies of Magnificent Frigatebirds and once we understand the interaction if any between the colonies then we can start looking at the species in a more holistic perspective,” said Ms. Haakonsson.