Based on a land-locked saltwater lagoon with mangrove margins leading to old-growth dry forest, the Booby Pond Nature Reserve and Rookery Ramsar site provides a habitat for many types of wetland and shore birds, and a high diversity of native plants. 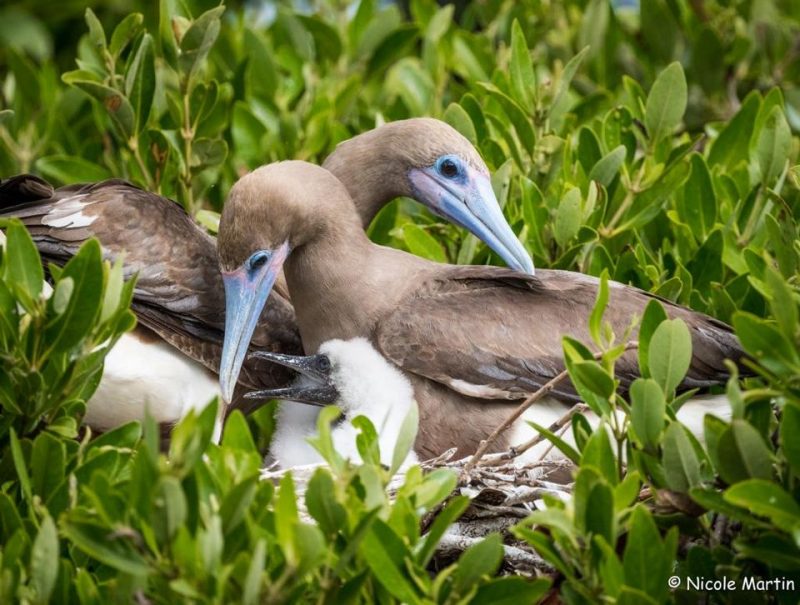 The most distinctive aspect of the Booby Pond is its resident colony of approximately 4,000 Red-footed Boobies (Sula sula). The reserve is the only breeding site for the Red-footed Booby in the Cayman Islands and the colony is one of the largest of this species in the region.

Unfortunately, colonies of this species are in decline in the Caribbean and it is believed that the colony on Little Cayman now represents at least a third of its entire Caribbean and Atlantic population.

The Booby Pond is also the exclusive breeding site of a small but growing colony of Magnificent Frigatebirds (Fregata magnificens), which are found in trees along the pond’s northern margin.

The pond provides a seasonally important habitat for resident and migratory waders and other waterfowl, and the dry land fringe supports a population of the endemic Sister Islands Rock Iguana (Cyclura nubile caymanensis). It is also an important feeding area for migratory and resident Herons and Egrets and for passing, wintering shorebirds. 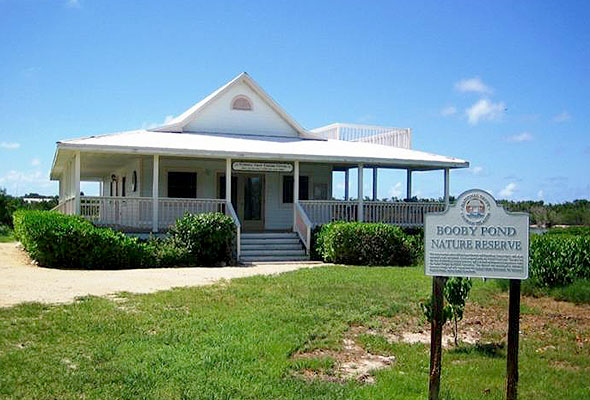 The importance of this site was recognised in June 1994, when the Booby Pond Nature Reserve was designated as a Wetland of International Importance under the terms of the Ramsar Convention, an international treaty on the conservation of wetlands.

Seasonally large populations of water bugs and mud-dwelling invertebrates have also been observed here, providing food for the abundant Black-necked Stilts and the migrant shorebirds that visit the pond. The pond’s northern shore, where fresh and brackish groundwater seeps up, serves as a refuge for pond fish in the dry season, as well as attracting West Indian Whistling Duck to the area.

The reserve covers 340 acres, which we hold in perpetuity for conservation. The remainder, including the southern margins of the pond, are in private ownership, but are protected as part of the reserve under the Cayman Islands’ Animals Law (2003 Revision). This prohibits the disturbance of any form of plant or animal life within the reserve’s boundaries.