Named after Cayman’s former Governor Michael J. Gore, who served from 1992 to 1995, the freshwater marshes of the Spotts-Newlands area are a roosting, feeding and breeding habitat for several freshwater bird species, many of which do not benefit from the system of animal sanctuaries in saline coastal lagoons. 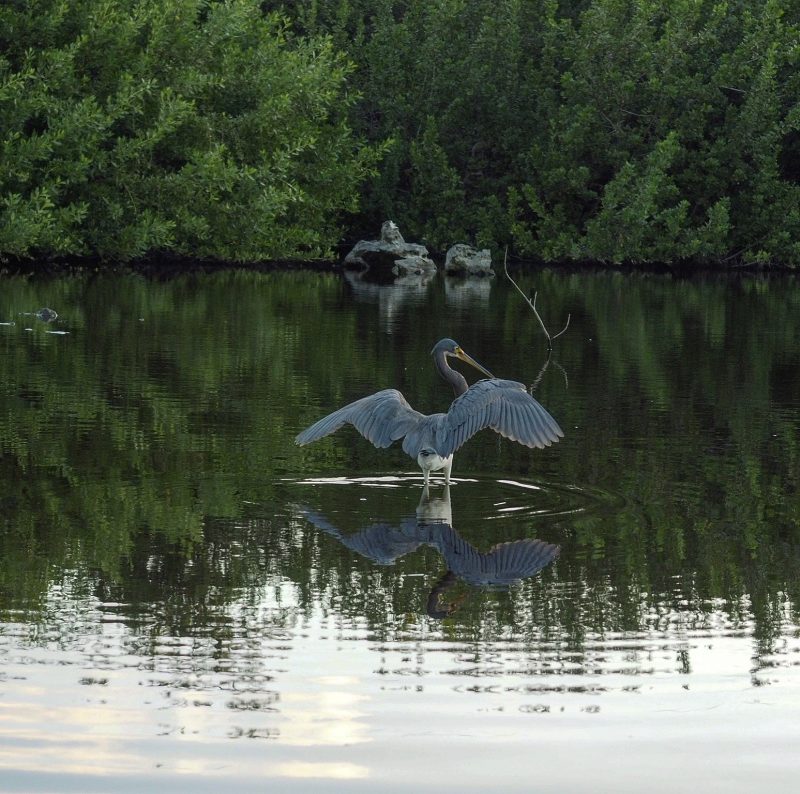 Over 60 species – a quarter of all the bird species native to the Cayman Islands – have been observed here at one time or another. Some of the types of birds that can often be seen are Moorhens, Herons, Egrets, Grebes, Ducks, Rails, Plovers, Sandpipers, Terns, Pigeons, Doves, Kingfishers, Woodpeckers, Kingbirds, Flycatchers, Vireos, Warblers and Grassquits. It is also quite possible to see a few of the rarer species, like the diminutive Least Bittern, or the beautiful Purple Gallinule.

The pond’s popularity with the birds is seasonal, with the greatest activity during the dry season when this may be the only substantial body of fresh water for some distance.

But it is not just birds that abound; butterflies congregate in this area and the native freshwater turtle, the Hickaee, has often been spotted among the reeds. The endemic freshwater fish Cayman gambusia (Gambusia xanthosoma) is also found beneath the pond’s surface.

If visiting the Governor Michael Gore Bird Sanctuary, please do not disturb the birds in any way and refrain from releasing domestic ducks, aquarium fish or other wildlife into the pond as the site is designated for Cayman’s native wildlife only. Please also remember to keep the gate closed to prevent the entry of neighborhood dogs.