The Salina Reserve, located on the eastern end of Grand Cayman, contains a mosaic of habitats, including primary forest, shrublands, Buttonwood wetlands and a sedge wetland over 646 acres. The site is almost entirely undisturbed and is home to nearly every living organism in Grand Cayman, including the endemic Blue Iguana. 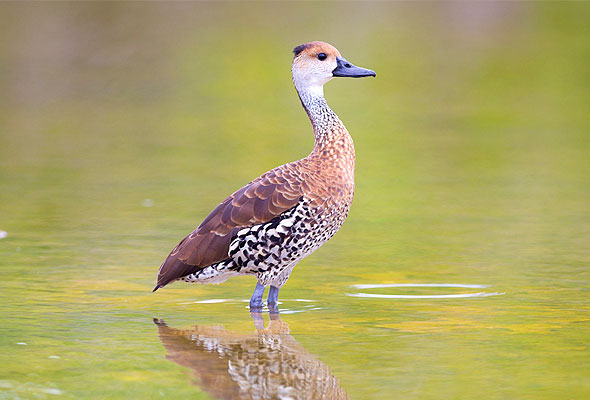 The term “Salina” is the traditional place name for a large fresh water wetland in the southern part of the reserve. The area dries in the winter leaving a crust of dried algae which resembles the crust on salt-producing Salinas in other parts of the West Indies.

One focus of attention in the Salina Reserve has been the controlled release of some of our captive bred Grand Cayman Blue Iguanas (Cyclura lewisi). The area was surveyed for suitable habitat in 1992 and trial releases of radio-tagged, sterile hybrid Blue Iguanas began the following year. Survival rates were encouragingly high, and the animals adapted to the wild with surprisingly few problems. By the winter of 1993, it was clear that releasing captive bred iguanas was a viable option for the Blue Iguana Conservation programme and that the reserve offered the essentials for their long-term survival, albeit in only small soil pockets within dry thickets.

Remarkably, an abundant population of a small, pink-flowering herb, Agalinis kingsii, has been found growing in the margins of the sedge swamps. This plant is unique to Grand Cayman and is only known to occur on one other privately-owned parcel located in Frank Sound, North Side. 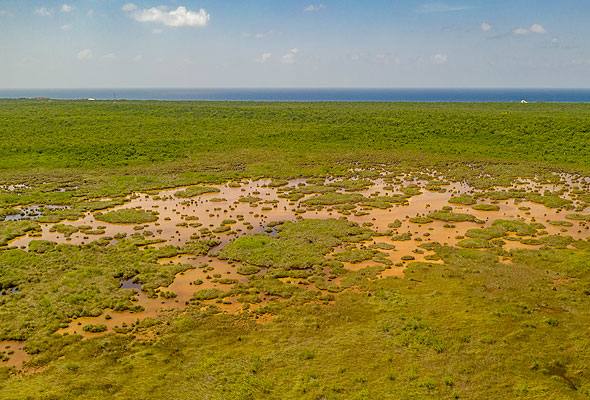 It has also been discovered that at least three different types of bat roost in caves on a high forested ridge in the reserve: the Brazilian Free-tailed Bat (Tadarida brasiliensis); the Jamaican Fruit-eating Bat (Artibeus jamaicensis) and the Big-eared Bat (Macrotus waterhousii). Grand Cayman Parrots and White-crowned pigeons known as “Bald Pates” also nest in the old growth dry forest; many rare hardwood trees flourish there as well.

There are no clear trails through the reserve and access is only possible by foot through dense forest and extremely rugged terrain or across extensive flooded wetlands.