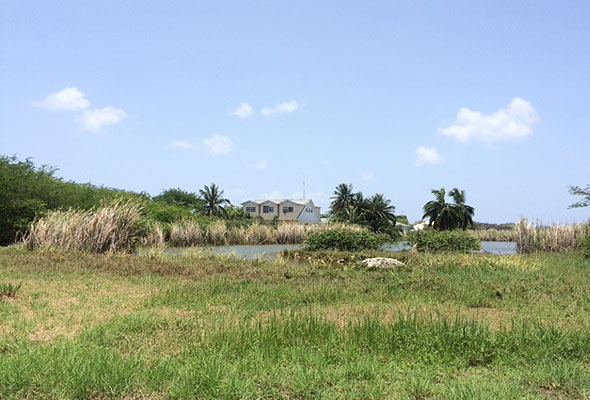 The pond is surrounded by a seasonally-flooded fresh water wetland, which plays a critical role in the dry season when few freshwater sources remain to sustain local wildlife. During this time, thousands of migrating water birds visit in search of food and water on their return to the north when the dry season is at its peak.

One such bird is the Blue-winged Teal, which was an important food resource for early settlers of the Cayman Islands. The Lesser Scaup and a variety of herons are also commonly seen during their migration to and from South America.

Uncle Sammy’s Pond is named in honour of Sam Parsons of Mount Pleasant, West Bay, whose descendants still live in the district.