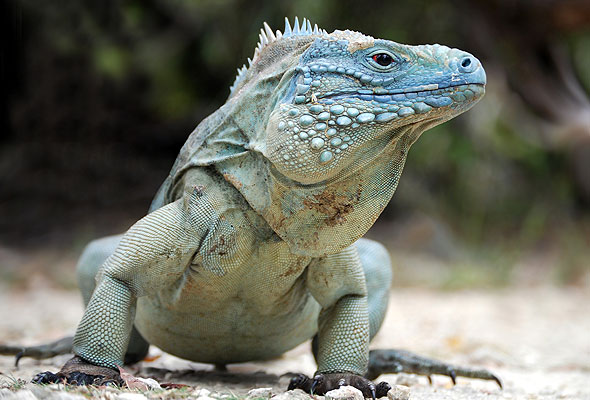 Cayman Island authorities are investigating the violent deaths of a half-dozen giant blue iguanas that are among the most imperilled creatures on the planet.

The sixth dead iguana’s entrails were found strewn outside its pen in the fenced-in facility in Grand Cayman, according to Fred Burton, director of a program that has brought the rare reptiles back from the brink of extinction.