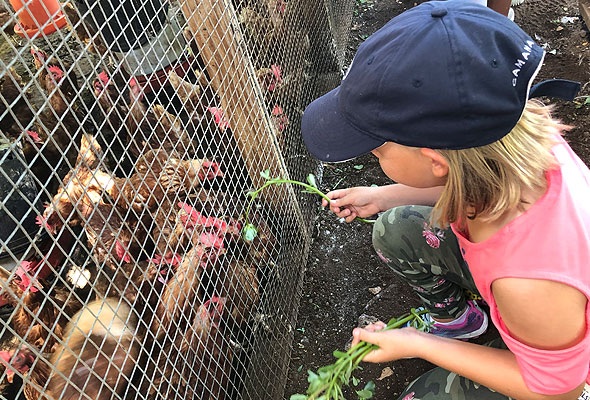 Heritage Heroes Summer Camp Wrap Up to an Awesome Year

The National Trust for the Cayman Islands just wrapped up its Heritage Heroes summer camp. The camp was led by their Education Programmes Manager, Catherine Childs. Throughout the week, students used exploration, creation, and imagination to see and learn about the unique historical and environmental sites on Grand Cayman. Learning about each of the sites and the many impacts that we have on our environment, allowed the kids to truly experience our island as never before. The camp went on a different field trip every day to introduce the children to Cayman’s unique historic and natural heritage in a fun and engaging way.

The first week, the children started out with a Nautilus adventure, learning about Cayman’s maritime heritage through the tales of the numerous shipwrecks on the bottom of the harbour. They went away with an appreciation of how precious and beautiful our ocean ecosystem is, even in busy George Town harbour. Other adventures included visiting the National Museum to see the exhibit on the Oxford Expedition of 1938 and the remarkable collection of native species that were described for the first time.  They also toured the Mission House, where they learned how to make traditional peppermint candy (and best of all, got to take some home!), played tug-of-war (the girls won!), and raced soldier crabs.  Nasaria Suckoo Chollette, renowned Cayman artist and performer, led them in a series of storytelling exercises and traditional folk tales.  The campers also explored Mr. Hamlin’s farm, gorging on fruit and petting the goats. They then learned about beekeeping with Reagan’s Honey who brought along a real beehive enclosed in Plexiglass.  The week was capped off with a catamaran trip off 7-Mile Beach thanks to Red Sail Sports. The campers went snorkelling and even saw the “Kittiwake,” seeing several turtles, flying fish, a barracuda, and the usual gorgeous reef fish, while learning about Cayman’s beautiful and fragile reef ecosystems.

The second week of camp was just as exciting, starting out with a swim and snorkel at Smith’s Cove. In the afternoon, Ms. Dora taught the children about lionfish and even dissected one for the kids to see. The campers also visited the National Gallery where they were treated to a wonderful tour of the entire Gallery, including the “Coral Encounters” exhibition.  The art followed a chronological timeline for Cayman and it was possible to feel the undisturbed landscapes give way to a more urban, worldly island.  Mr. Kerwin Ebanks, a local art teacher and activist, led an art activity using collected plastic material from local beaches to create a mosaic of an underwater scene, effectively “upcycling” ocean plastic into beautiful pieces of art, turning what was once unsightly and dangerous garbage on our beaches into something gorgeous and meaningful. Sea Elements took the children on an educational mangrove tour followed by a visit to Stingray City (Sandbar) and a picnic at Rum Point.  The camp also visited the Botanic Park to see the Blue Iguanas and go birding.  As members of the National Trust, these Heritage Heroes were invited to help staff care for this endangered species.  On the birding nature walk, the children were lucky enough to spot eight of the 13 endemic bird species found only on Grand Cayman.  The National Trust Heritage Heroes Summer Camp was a wonderful two weeks of adventure and camaraderie, where children took part in expeditions around the island to gain a further appreciation of this amazing place we call home.

Although our summer camps have concluded for the year, we still offer workshop and field trip opportunities for students year-round! For more information, email education@nationaltrust.org.ky.