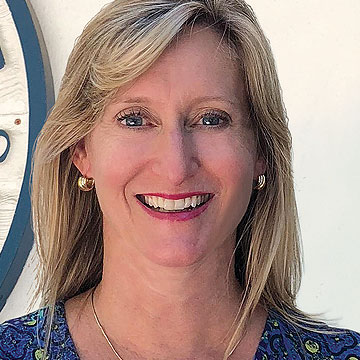 This Cayman Coconut has a Huge Heart for her Homeland

Nadia Hardie is a natural leader, and I don’t just say that because she is the leader of the National Trust for the Cayman Islands. She is indeed the Executive Director, but when I first met her last fall at the National Trust, I was enamoured by both her professionalism and charismatic personality. Nadia is definitely the kind of person I’d want to follow!

She’s a self-proclaimed “Cayman Coconut,” with a fascinating cultural background like so many others in Cayman. Although a world traveller practically from birth, Cayman has earned the beloved title of “home” for Nadia. She was born in Trinidad to a Welsh father and Austrian mother. She spent a brief time in the Bahamas as a baby but lived most of her first eleven years in Switzerland. Then the family returned to the Caribbean, making Cayman their home in 1985 — wow, can you imagine a lifetime of travel in just your first decade of life? And that was just the start for Nadia. After her family moved to Cayman she was back and forth between the Caribbean and London, where she attended boarding school and university.

Nadia remembers her summer holidays in Cayman with fondness. She grew up in a Cayman of about 20,000 people, where everyone knew everyone and it was safe to hitch a ride home from anyone driving by. She spent her summers walking from her house on South Church Street to the Holiday Inn on Seven Mile Beach. Without smartphones and social media to plan meetups, the beach at the Holiday Inn served as the local meetup and place socialise. “You knew if you went there everybody would be there.”