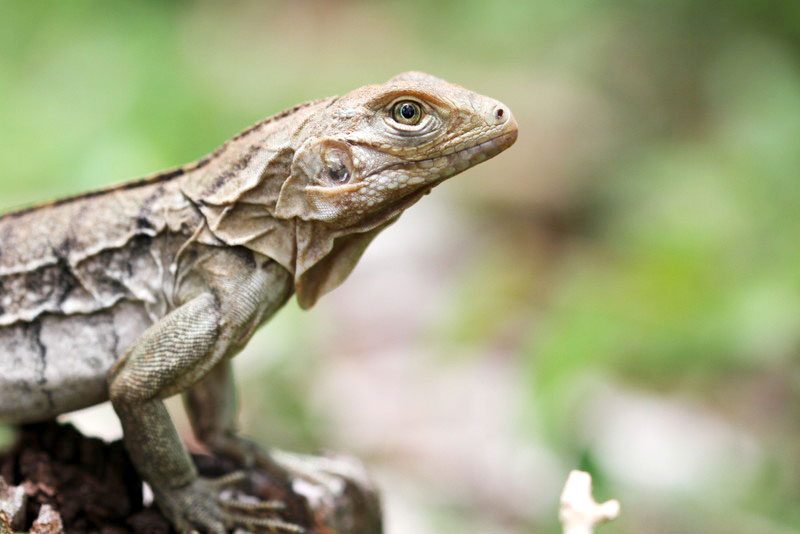 The first wild blue iguana hatchling of 2019 was spotted by researchers in Grand Cayman on Saturday.

The young lizard, thought to be around a week old, was located by Blue Iguana Recovery Program staff during routine surveillance of habitat areas, said operations manager Luke Harding.

“When searching in a well-known nesting area, we were lucky enough to find one of the babies,” Harding said, adding that there are likely other hatchlings in the wild that researchers have not detected.

The programme surveys population numbers once a year, and for the rest of the year, researchers observe the population to watch out for habitat destruction and other threats, he explained.

Most of the island’s young blue iguanas are the result of captive breeding efforts, he added, which have helped save the endemic lizard from the threat of extinction.

“This species was on the brink of extinction in the early 2000s,” Harding said. “It feels so surreal and so exciting to know the population is still breeding.… In conservation terms, we are still in early stages to achieve our goal of a sustainable population.”