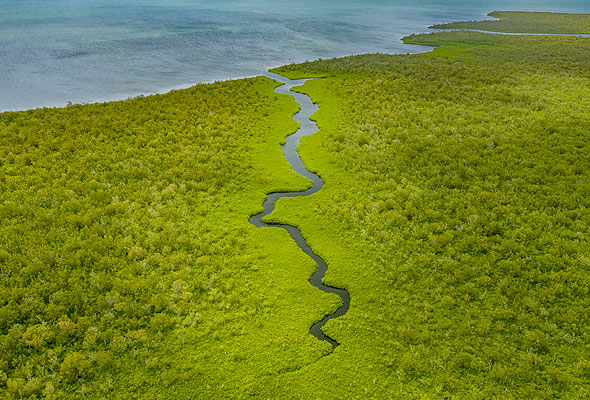 Dragon Bay – creating a culture of conservation from the ground up

In ways big and small, Dragon Bay is putting a focus on conservation. From a recently approved mangrove restoration project at the development’s North Sound entrance to smaller measures such as recycling batteries and using reusable shopping bags, developer Michael Ryan intends to build a greener culture from the ground up.

To build momentum for Dragon Bay’s “green” movement, Ryan took a multilateral approach – encouraging small, everyday changes while also embarking on large projects. First and foremost among the bigger endeavours is the plan to restore the development’s mangrove areas decimated by Hurricane Ivan in 2004.

Over eight acres of mangroves in the area were severely impacted or killed during Ivan’s passage and the area was left littered with debris – including oil drums, garbage and potential toxins and pollutants which pose an ongoing environmental liability to the area.