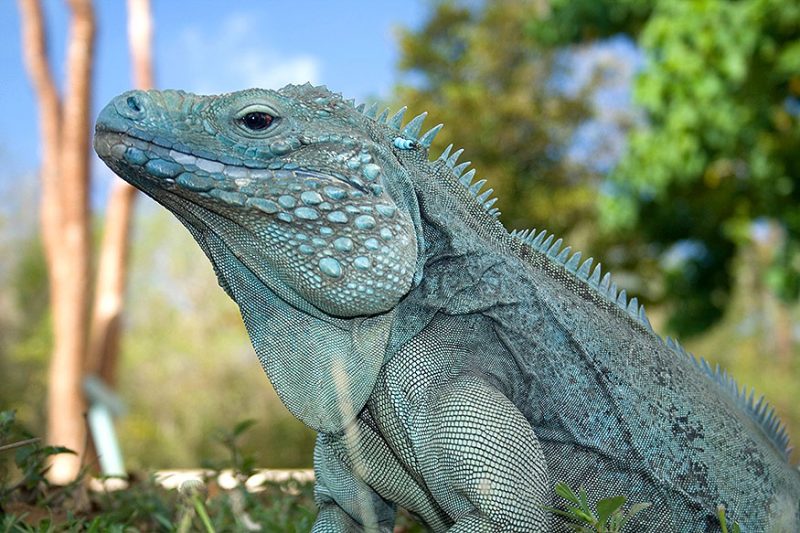 After reviewing close to 30 applications for the National Trust’s fourth bi-annual Governor’s Conservation Awards, the non-profit organisation is delighted to announce the 2019 award finalists. They are: Bill LaMonte, the Cruise Port Referendum Cayman, Dwayne Frederick and Joseph Avary for Conservationist of the Year; Caribbean Utilities Company, High Rock Landing and Hurley’s Marketplace for the Corporate Conservation Award; the Jean-Michel Cousteau Ambassadors of the Environment Programme and the Cayman Turtle Centre for the Tourism Industry Conservation Award; Ann Stafford, the Bodden Town Heritage Committee, Gordon Solomon and John Doak for the Heritage Preservation Award; and Protect our Future Cayman for the Lois Blumenthal Youth Conservation Award.

The Governor’s Conservation Awards recognises persons and businesses within the local community that have demonstrated an active role in the fields of historic preservation and environmental conservation across all three Cayman Islands within the last 10 years. The awards are backed by HE The Governor Martyn Roper and, this year, is in partnership with Greenlight Re.

The submissions were assessed by a panel of judges made up of key persons in the tourism, conservation, environmental and heritage industries. The winner of each category will be announced at a by-invitation-only event at the Government House on Thursday, 20 June.

CONSERVATIONIST OF THE YEAR

Bill LaMonte – Bill LaMonte is a secondary science teacher at the Cayman International School (CIS) and has been instrumental in the coming together of the youth activist group Protect Our Future Cayman. During his tenure with CIS, Bill has implemented compost bins within the staff lounge, started a recycling programme on the school compound, launched a Green Team among the student body and is a leading member of the Plastic Free Cayman community group.

Cruise Port Referendum Cayman – The Cruise Port Referendum (CPR) Cayman advocacy group was formed in response to the Cayman Islands Government’s (CIG) decision to pursue a Cruise Berthing Facility (CBF) in the George Town harbour, which threatens the livelihood of coral reef and aquatic life in the area and will forever change the underwater landscape. Since August 2018, CPR has taken steps to engage the public, raise awareness of environmental concerns and challenge the Environmental Impact Assessment and statements by the CIG in relation to the proposed CBF.

Dwayne Frederick – Dwayne Frederick a native Cayman Bracker and a licenced volunteer with the Department of Environment in turtle conservation on Cayman Brac and Little Cayman. His consistent patrolling of the beaches is believed to be a major factor in the prevention of turtle nest poaching activity in the Sister Islands. Dwayne is also involved in the Sister Islands Rock Iguana research and is a founding member of the Cayman Brac Wildlife Rescue, providing support for injured indigenous wildlife on Cayman Brac.

Joseph Avary – Joseph Avary was an active member of the two-year-long Cayman Magic Reef Recovery project following the damage of Hog Sty Bay’s coral reef caused by Carnival Magic’s anchor in 2014; he also extensively documented volunteers’ efforts and progress of the project. In 2015, he became involved in the Cayman United Lionfish League, making significant contributions to the fight against the invasive lionfish in Cayman’s waters; today he is an active board member of the non-profit organisation and is responsible for its overall public communications. Throughout his career as a journalist, Joseph has consistently been known to cover important environmental and conservation topics and is often described as being “the watchdog of the environment”.

High Rock Landing – Before construction at High Rock Landing – the home of Health City Cayman Islands – commenced, the developers took steps to survey its four-acre property in search of native flora which could be conserved. With the assistance of a local horticulturist who specialises in native flora, several indigenous plants were found; however, it was the discovery of a rare and endemic plant once thought to be extinct that led to the developers taking significant steps to reconsider its development plans and previously planned buildings were moved to accommodate the natural habitat of this extraordinary plant. The gardens of High Rock Landing were also carefully curated to preserve existing trees, relocating them on-site, and to retain as much mature and natural vegetation as possible, reducing the need for irrigation.

Ann Stafford – Ann Stafford’s contribution to preserving a historic and cultural legacy for future generations is wide-ranging and has been ongoing for decades. Her work is most recently evident in her co-curation of the exhibit ‘1938 – Oxford University Biological Expedition to the Cayman Islands – 2018’, commemorating the 80th anniversary of the Expedition. The exhibit blended extraordinary scientific achievements with an exposition of the daily life and culture of the Cayman Islands following the 1932 hurricane but poised on the brink of a giant step into 20th Century development. Over the years, Ann has also amassed a wide collection of historic documents and photos, penned blogs on Cayman’s history, authored ‘Butterflies of the Cayman Islands’ and contributed to ‘Flora of the Cayman Islands’.

Bodden Town Heritage Committee – The Bodden Town Heritage Committee consists of several senior citizens who volunteer their time to the preservation of our islands’ historical and cultural legacy. The Bodden Town Historical Site at the Harold McCoy Snr. Park is the largest and most significant of its kind in the Cayman Islands, housing an invaluable collection of thousands of local artefacts portraying the history and culture of the Cayman Islands with special emphasis on the Bodden Town district. The group offers free tours of its three historic properties – the Nurse Josie Senior Centre, the Heritage House and a traditional Caymanian kitchen – and is often called upon to visit schools to share their knowledge with local students.

Gordon Solomon – A common thread in Gordon Solomon’s artwork is the Cayman Islands’ historical and cultural make-up. His paintings are synonymous with capturing the serenity of the Cayman Islands of yesteryear and naturally imparts our heritage and culture. In addition, he was also a founding member of the Cayman National Cultural Foundation’s Folk Choir and wrote two folk songs himself – “Christmas Breeze” and “I Will Wuk” which speaks to the beloved cooler weather found only during Cayman’s Christmas and the strong work ethics and versatility of our people, respectively.

John Doak – John Doak’s reputation as a preservationist and promoter of “things Caymanian” is known through his work as a long-standing architect in the Cayman Islands. His “Cayman Style” designs reflect, preserve or develop upon traditional Caymanian homes: the thatched cabana, the wattle and daub cottage, the bungalow and the modern concrete building. One of his first projects in the Cayman Islands in 1979 was the restoration of a traditional Caymanian home; he has also been involved in the renovation and preservation of the Cayman Islands National Museum, Pedro St. James, Miss Lassie’s House, the Pink Bush House and the restoration and relocation of the Watler House.

Protect Our Future Cayman – Protect Our Future Cayman is an environmental advocacy group led by four Cayman International School students: Richard Weber, Olivia Zimmer, Jack Paolini and Mikayla Corin. The group began as a photo campaign with powerful messages which appealed to the local community to protect environmentally-sensitive land and native species that were most important. Since then, the group has organised a school “walkout” to send a message to the Cayman Islands Government – and the world at large – that their young voices matter.