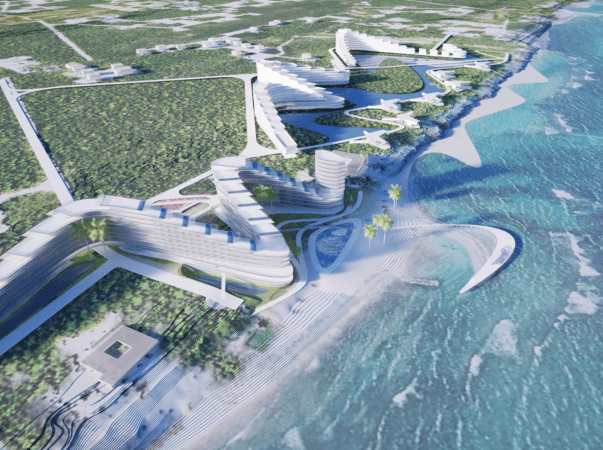 The National Trust would like to respond to public and media enquires which have arisen due to the seeming conflict of interest by its current Chairman, Andrew Gibb, who is also one of the local architects acting on behalf of the developer of the proposed Beach Bay property. The Trust wishes to address these concerns and clarify several vital points in the interest of the people of the Cayman Islands:

The Trust is an organisation run by an elected Council, which is currently made up of 17 members. Of these, nine are Elected General Members, four are Elected Executive Members, one is a Legal Counsel and three are Representatives from the departments of Environment, Education and Tourism. Each Council member has voting rights and decisions are based on a majority vote.

“The Chairman does not have the exclusive right to make decisions on behalf of the Trust, nor do I,” stated Nadia Hardie, Executive Director of the National Trust. “While Andrew Gibb is one of the architects acting on behalf of the developers of the proposed Beach Bay resort, his professional capacity does not have any bearing on the Trust’s position to challenge proposed developments on environmentally-sensitive land as demonstrated by my comments at the National Conservation Council’s General Meeting, which took place on Wednesday, September 11. The Trust is in no way swayed or conflicted by Gibb’s involvement in the project.”

The Trust operates on the basis of good governance and complete transparency, requiring all members of the Council to declare any conflicts of interest at each meeting. If a conflict is disclosed, said Council member is then required to recuse him or herself from the subsequent conversation and decision-making process.

“We appreciate that all members of the Trust Council operate in a voluntary capacity and many have other personal and professional commitments. It is unrealistic to assume or believe conflicts will never arise, which is why it is fundamental to declare a conflict of interest if, and when, one arises”.

“We are often faced with addressing the ever-increasing and delicate balance between future development and conservation. While some may view Gibb’s professional vocation as a direct conflict of interest with the Trust’s mandate, his expert knowledge of the often-complex Planning Laws has been incalculably valuable and has allowed the Trust on many occasions to best respond, object and present recommendations to the CPA regarding proposed developments within our purview.”

In the case of the proposed Beach Bay resort development, the Law prohibits the Trust from formally objecting against the development as it does not own any adjacent land. “We can’t object in our capacity as the National Trust, but we can, and will, push the Central Planning Authority to take into consideration the recommendations put through the NCC. Unfortunately, that’s all we can do and to reassure the public that the Trust will review critically any development regardless of who is involved.”