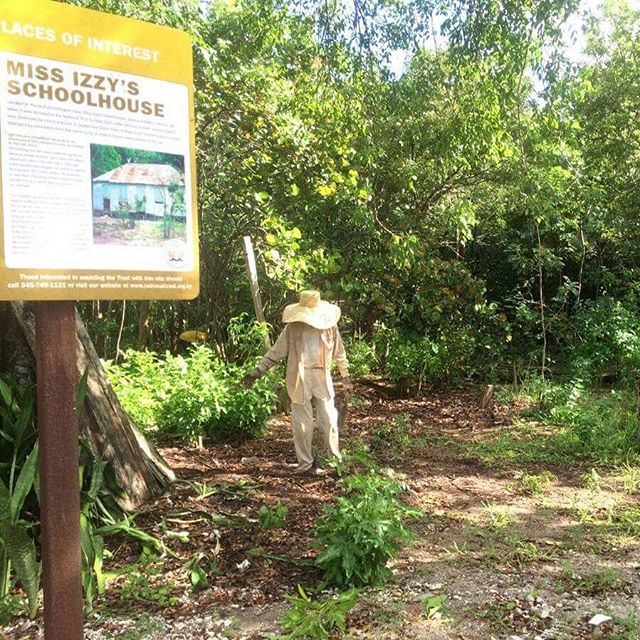 As women around the world are celebrated today for their strength, brilliance and resilience, we at the National Trust are focusing our attention on two iconic women who paved the way in health and education in the Cayman Islands.

Nurse Leila’s home was built by her parents, Arthur and Jacintha (Jessie) Yates, in 1917 after their original home (located at the junction of North West Point Road and Town Hall Road) was destroyed by the hurricane of that year.

The following year, Nurse Leila began her nurse’s training and walked to George Town every Monday and Friday to attend classes. She carried out her first midwifery case single-handedly in 1921 and continued to deliver over 1,000 babies in their family home or in her own home before the Government opened its hospital in 1952. She never lost a baby or his/her mother.

Nurse Leila retired from the midwifery profession in 1971 and was recognised posthumously as a National Hero of the Cayman Islands. She was also featured in the “Pioneers in our History” Cayman Islands stamp collection.

Her home is over 100 years old and is said to be the first wattle-and-daub home in the Cayman Islands to have glass windows installed, which caused great excitement at the time among the neighbourhood children, whom Nurse Leila recalled gathering outside to peer through the panes. The house was originally situated on Boggy Sand Road but was moved to its present site in 1917 due to beach erosion and damage from a hurricane.

The property was acquired by the National Trust in 2006, 10 years after Nurse Leila passed on. The Trust recently carried out extensive and much-needed repairs to the home, including restoration of the original wattle-and-daub walls in the customary white-wash colour and the rebuilding of its traditional zinc roof. The Trust hopes to open Nurse Leila’s home as a medical museum in the future, recognising her contributions to health care and midwifery in the Cayman Islands.

Mary Isabel Powery (1910-1984), affectionately known as Miss Izzy, was one of Cayman’s important single women who made significant contributions to the advancement of local society through education.

Miss Izzy’s career spanned nearly six decades but began more humbly as an assistant to Teacher Hill. In 1929, she opened her own private schoolhouse, a small wattle-and-daub building not far from her own home, where she taught local school children. Although Government schools had started to operate from around 1921, many parents still preferred to send their children to smaller neighbourhood private schools to which they had grown accustomed.

At Miss Izzy’s Schoolhouse, there was a strong focus on both academic success and discipline. She often recited the poem:

“Labour for learning before you grow old
For learning is better than silver or gold
Silver and gold will vanish away
But a good education will never decay.”

Miss Izzy was said to have had a heart of gold due to the kindness and charity she extended to those who could not always afford classes or after-school care for their children. At the time, her weekly fee was threepence and later increased to $1.00.

During her profession, she was greatly assisted by her niece, Florence Tatum, and her sister, Ivy Virginia Powell. It is interesting to note all three women had no children of their own and were spinsters.

Miss Izzy’s Schoolhouse was donated to the National Trust in 1999 by Ivy Powell. Unfortunately, the home was extensively damaged following the passage of Hurricane Ivan in 2004; at the time, the schoolhouse was well over 100 years.