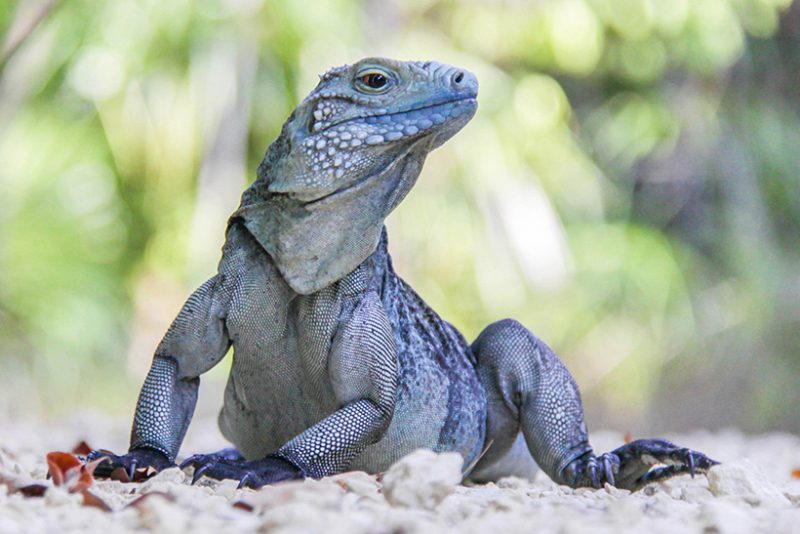 Nick Ebanks — Saving the World One Iguana at a Time!

The Blue Iguana is a beautiful and important animal native to the Cayman Islands. The Blue Iguana, or Blues, were once faced with extinction, but are now on their way back to a stable, healthy population. We were lucky enough to get some insights into how the blue iguanas are being revitalised from Nick Ebanks. Nick is the Operations Manager of the Blue Iguana Recovery, which is an initiative of The National Trust for the Cayman Islands. The recovery itself is located on the grounds of Queen Elizabeth II Botanic Park on the north side of the island, about a 45-minute drive from the condos.

The Blue Iguana Recovery Program was founded in 1990 as an effort to save the critically endangered species, whose population was down to only 30. The facility cares for and monitors Blue Iguanas, aids in the breeding process, strategically releases ready iguanas into the wild, and works with research institutions to help ensure genetic diversity within the wild population. In July 2018, the programme hit a huge milestone when the wild population reached 1,000 Blues. Though the programme has successfully saved the Blue Iguanas from extinction, the work isn’t over. The ultimate goal is for the Blues to be able to naturally breed and support themselves in the wild, thus eliminating the need for the programme altogether. Nick says, “If we lose our jobs — perfect. That’s the goal.”