Fort George, a small fortification on the George Town harbour, is one of three built heritage sites remaining in central George Town dating back to the 1700s and it was constructed by Caymanians using local coral rock and limestone. 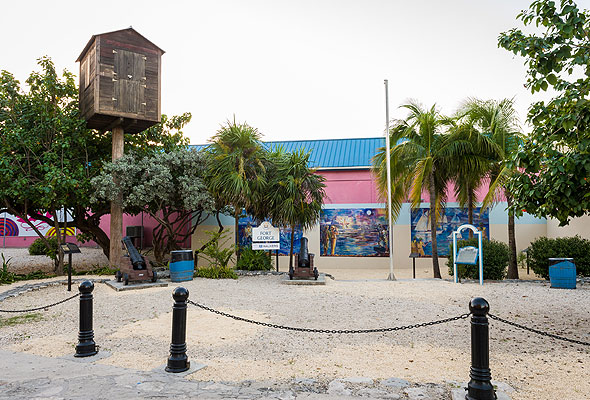 In the past, Fort George used to defend Grand Cayman from attacks by Spanish marauders from Cuba; though piracy on the high seas was over by this time, there was still frequent lawless activity.

The fort was also used as a coastal lookout for enemy ships as recently as World War II. Despite its small size, Grand Cayman was said to have had both German and British spies present during World War II, and a US Naval base was set up in the area behind the George Town Public Library. Caymanians did much to aid the allied efforts and several also enlisted in Trinidad to support the British during the war.

In 1972, a battle between the Department of Planning and local developer and businessman James “Jim” Bodden ensued over the future of the site. Aggrieved by the inability to develop his land, Mr. Bodden took matters into his own hands and began demolishing portions of Fort George. Several concerned citizens who disagreed with the demolition attempt decided to band together and stood in front of the remaining structure to prevent further damage.

What remained of the ruins were then donated to the National Trust in 1987 and it was officially dedicated as a historic site in 1992. 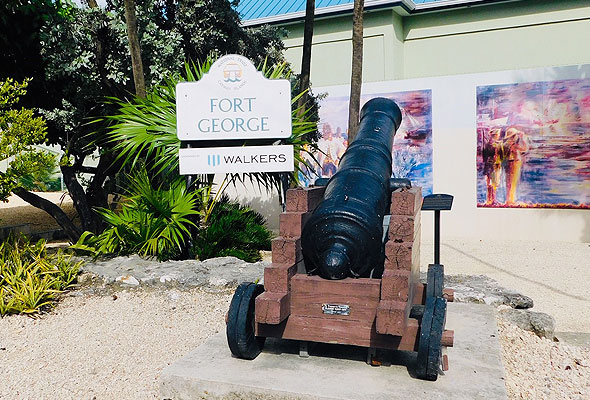 Thanks to a major donation from Walkers law firm in 2012, landscaping work and general repairs and restoration of the original fort wall commenced, and the renovated site reopened with a special ceremony in 2014.

Among the renovations was a large three-piece ocean-view mural by local artist John Broad. It depicts an attack by Spanish marauders in the late 1700s, an explosion at sea during World War II and an Easter Regatta. The mural mirrors the sea view that historically would have been seen at the site.

In addition, a lookout house was added to the site using salvaged parts from the original 1940s lookout house that sat in the silk cotton tree, namely the two double doors at the front and two of the windows. The lookout house had a vantage point that spanned from Spotts Beach to Northwest Point and would have been used during World War II to watch for German submarines.