Historical records refer to a guard house in Bodden Town as early as the 1830s.
The house is believed to have been one of three lines of defence against invading pirates and Spanish marauders, who were drawn to the prominence of the island’s then-capital city Bodden Town, which was also the location of the main harbour, the Governor’s residence and the residence of the Chief Magistrate of the islands, William Bodden. It was also noted in an 1839 document of the local laws of Grand Cayman that the prisoners at Pedro Castle were transferred to the Guard House in Bodden Town and held in a jail there. Various Government activities, such as holding court and meeting the Justices and Representatives, were also held here in the 1830s. 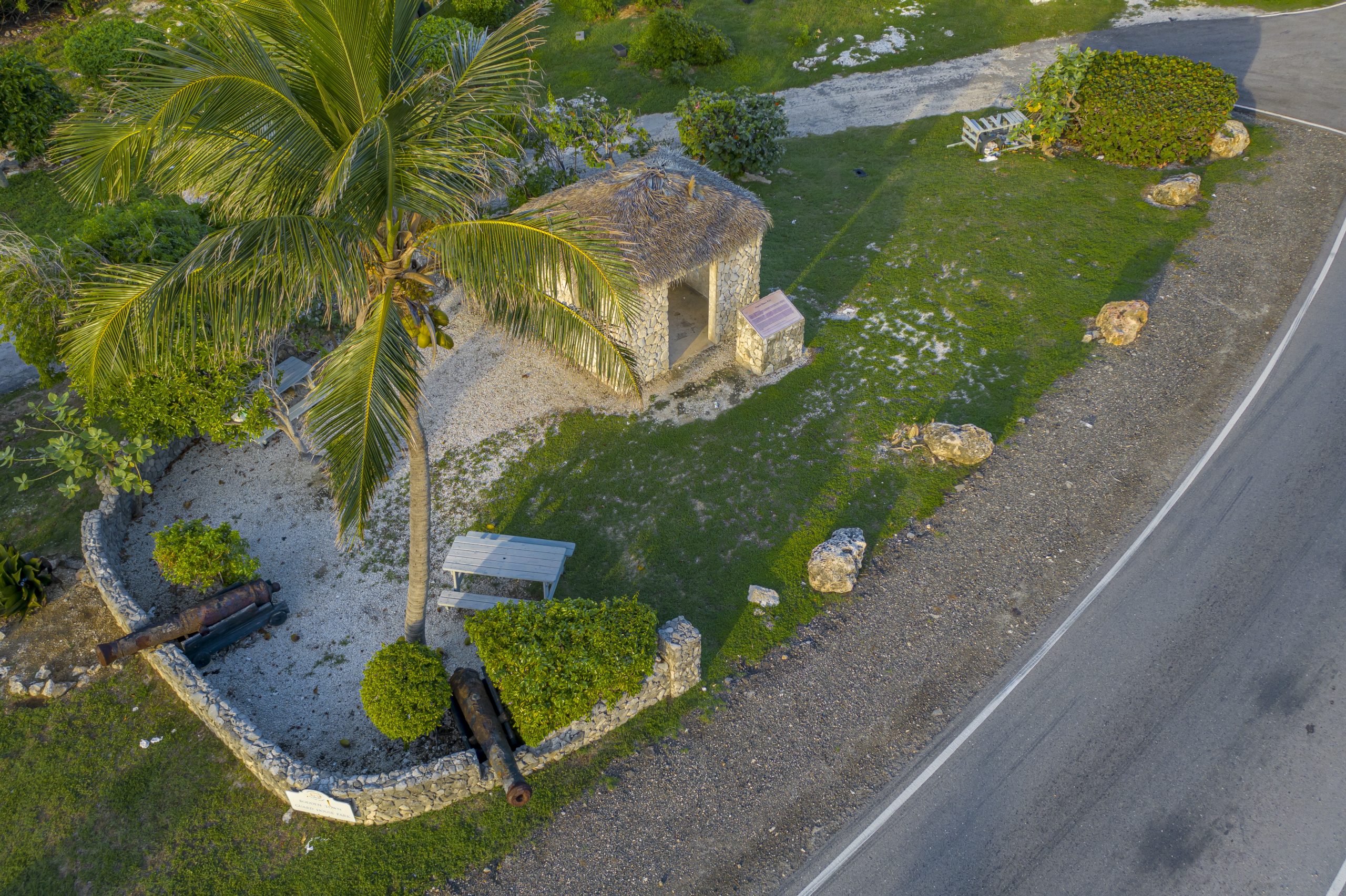 Gradually, over the years, Bodden Town lost its prominence and its status as the capital of Grand Cayman. The harbour became shallow with silt driven in by successive hurricanes and most trading was being conducted in East End or Hog Sty Bay in George Town, the latter of which remains the country’s primary harbour and the home of Cayman’s financial district.

Over the years, there have been no records of any major attacks on Grand Cayman and, as the threats of attack or invasion diminished, the island’s defenses fell into ruin. By the end of the 19thCentury, all that remained of the Guard House site were its two cannons and the name to recall its previous use.

Despite the site falling into disrepair, the people of Bodden Town continued to hold the site in high regard. In 1990, the Trust’s Bodden Town District Committee elected to enhance the site by creating a small but important park, making a place where historical information could be presented in an appropriate setting.

A small stone thatch building reminiscent of architecture during that era was constructed to house and display historical details. Mr. Ed Oliver, a local resident, designed and made seven panels to describe points of interest in the district, as well as outlining the history of the site. A colourful border garden was also added.

Guard House Park initially opened in 1994 but the passage and devastation of the 2004 Hurricane Ivan left Guard House Park in ruins and we began the renovation process of the park once again. The park officially reopened in 2012.