In 1770, John Shearer Jackson arrived in the Cayman Islands from Chatham, Kent and was among the first inhabitants of Batabano, a neighbourhood of West Bay, Grand Cayman. He was about 40 years old at the time. Shortly after he arrived, John Jackson married Elizabeth Bodden, daughter of His Excellency Governor William Bodden, and the two built a large, two-storey house in Savannah, which would later be known as the Jackson Manor. 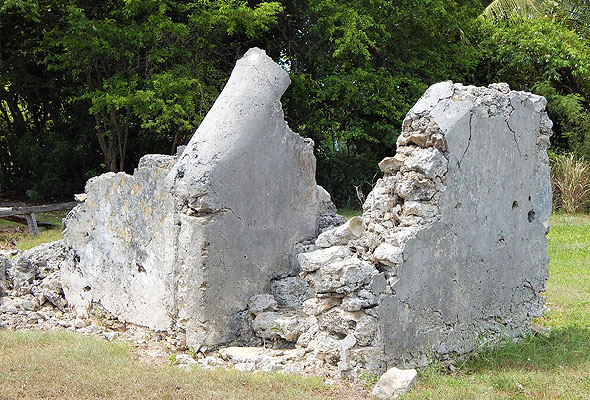 At the time Jackson Manor was built, houses were humble dwellings with thatch roofs and a house of this size would have been considered a mansion; it can be compared to the likes of Pedro St. James.

The home is believed to have been built around 1828 and makes it among the oldest buildings in the Cayman Islands. Unfortunately, the home was lost in a grass-piece fire not long after it was built, and the burnt remains stood poignantly for nearly two centuries before they were demolished in 2004 when Hurricane Ivan devastated Grand Cayman.

All that remains today are the historic stone steps leading to the original home.

Historical accounts state that the Jackson family also built a house on the land where Batabano cemetery now stands in West Bay and that pieces of pottery, pots and wall were found during archeological digs.